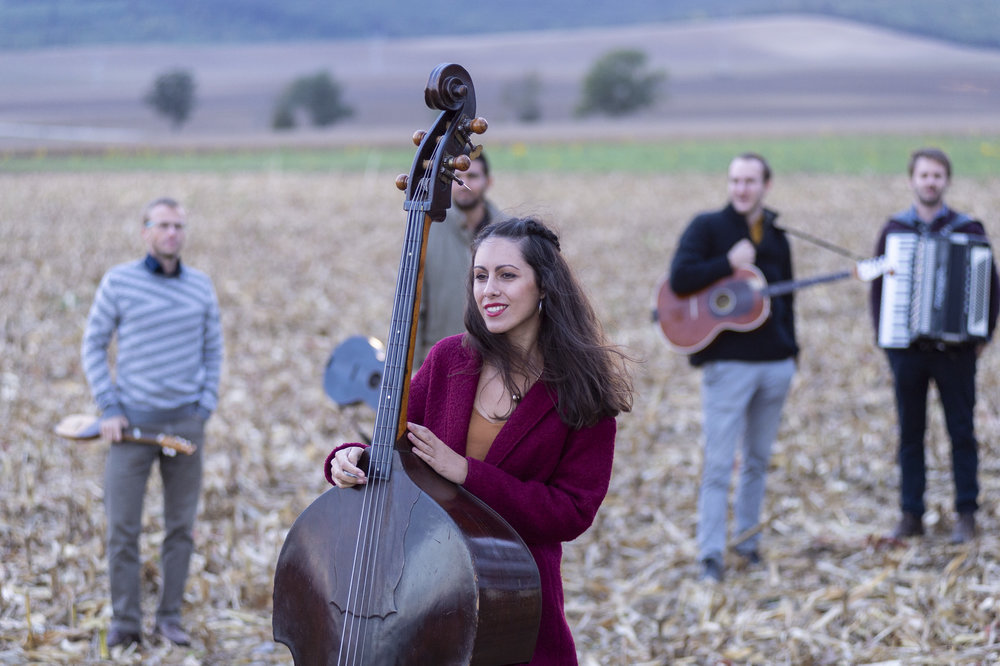 Babra was formed in Budapest, at the eastern intersection of Western and Eastern Europe, in the perennial melting pot of surviving traditional and novelty urban cultures.
The five-piece are connected to the music of South Slavs settled along the banks of the Danube by shared enthusiasm and family ties, in pursuit of creating new musical forms with a unique sound and style—all the while conserving the authenticity and spirit of South Slavic music.

This musical culture, slumbering for the past century, revolves around the tamburitza, the instrument family capable of weaving the richest and most dynamic musical fabric. Babra takes the flickering flames of archaic, almost forgotten musical patterns as inspiration for their own style and makes it their mission to embody this rich musical heritage with youthful energy and add value to its unique interpretations.

In 2018, Babra went to the Czech Music Crossroads Showcase, Ostrava, followed by an appearance at Poland’s Pannonica Festival, learning prestigious professional accolades that led to an invitation to Sur Jahan festival in 2019. Their first album released in 2019 alongside the application for the WOMEX and presents an open-minded and fresh perspective, as the band sees their fulfillment in Balkan musical continuity.

“From the banks of the Danube we came, tamburitzas in hand; from a tiny, hidden musical paradise of archaic, polyphonic singing style, the unity of the tamburitza and the harmony of the clarinet and the accordion, whose rolling melodies taught us what it’s like when one sound freezes time, while another joyfully gives birth to light.”