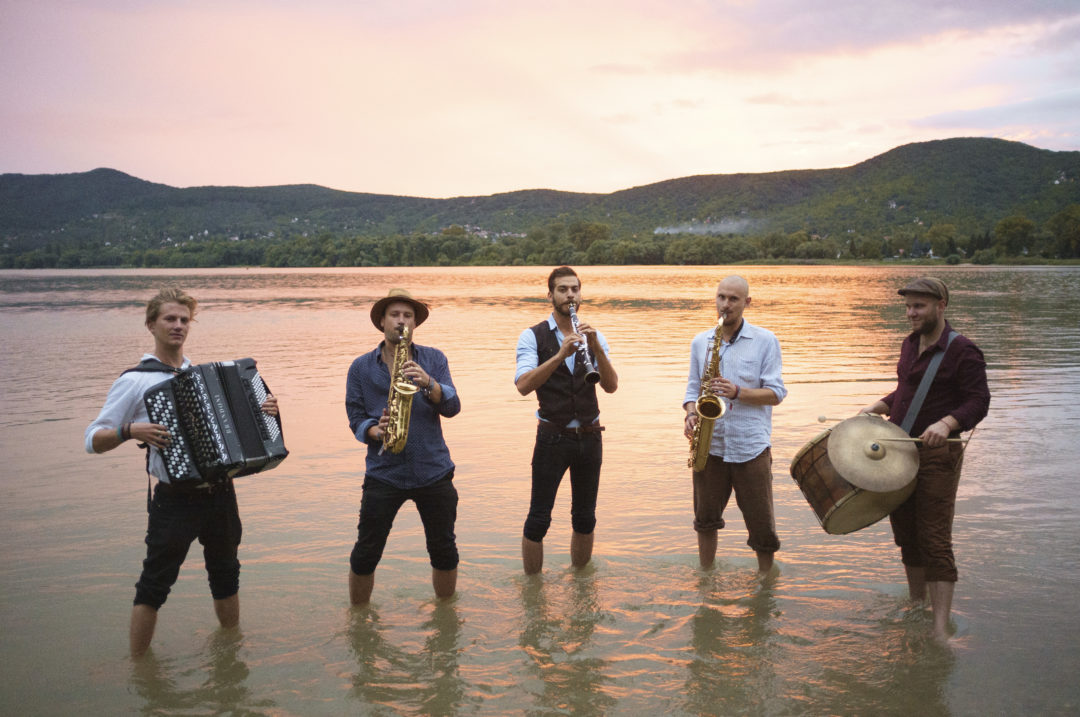 Csángálló formed with Sára Csobán and Tamás Bősze Jean-Pierre in the lead. They have since become familiar faces on the Hungarian folk music and world music scene; regular performers at dancehouses, clubs, theatres and summer festivals, and regularly tour abroad. They visit Transylvania, the Gyimes valley and Moldavia their favourite destinations, to draw inspiration for their music from its original source. They are recurring artist of Music de l’Europe Festival showcasing various roots bands. They have worked with internationally renowned musicians such as Tcha Limberger or Lajkó Félix. They share with latter artist the memorable opening of O.Z.O.R.A. festival, where they played for more than 20,000 people. Their first album was released the same year by Fonó Records, titled “Fel az úton…” (Up the road). The release made it to the top ten of world music albums of Lángoló Gitárok magazine. Their latest album Naplopók (Layabouts) features the song Eleven Taktus (Lively Beat) featured on the world music CD compiled by Béla Halmos Programme for WOMEX.