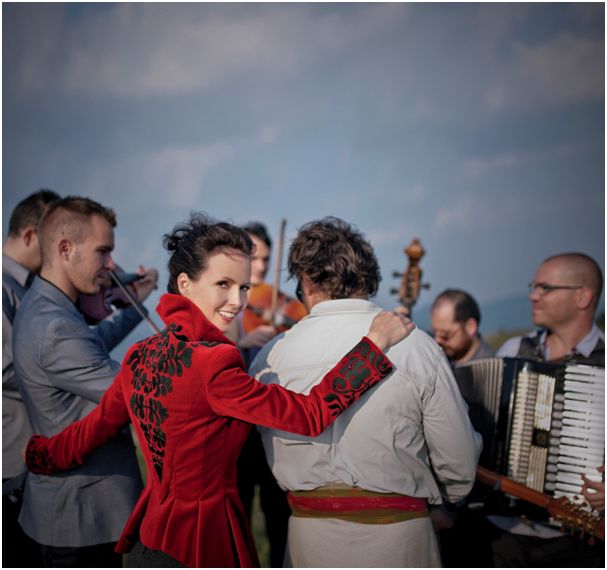 As the principal soloist with the Hungarian State Folk Ensemble, Ági Herczku’s traditional music credentials are cast-iron, but the personality-laden singer is also an innovative folk-fusion pioneer, cheerfully merging Bulgarian, Turkish and other East European elements into a broad palette of Hungarian styles, expertly enabled by her virtuosic band.
Her latest album, Bandázom, (which actually means something like “I’m with the band”), was produced by the Bulgarian-born multi-instrumentalist, Nikola Parov, who adds guitars, bouzouki, kaval, kanun and fulsome bonhomie to the accomplished artistry being effortlessly displayed on fiddles, bass, accordion and percussion by the rest of the ensemble. Ági floats and dances and sings sublimely on top, extending an unrefusable invitation to immerse yourself in some of the finest and most entertaining modern traditional sounds from the heart of Eastern Europe.
The album Bandázom (Hanging out) was reviewed in Songlines Magazineand one of its tracks: Gyimesi Karszilamasz was chosen into the compilation album of Songlines and WOMEX 2015. Bandázom reached quickly 10th place on World Music Charts Europe in March 2015.