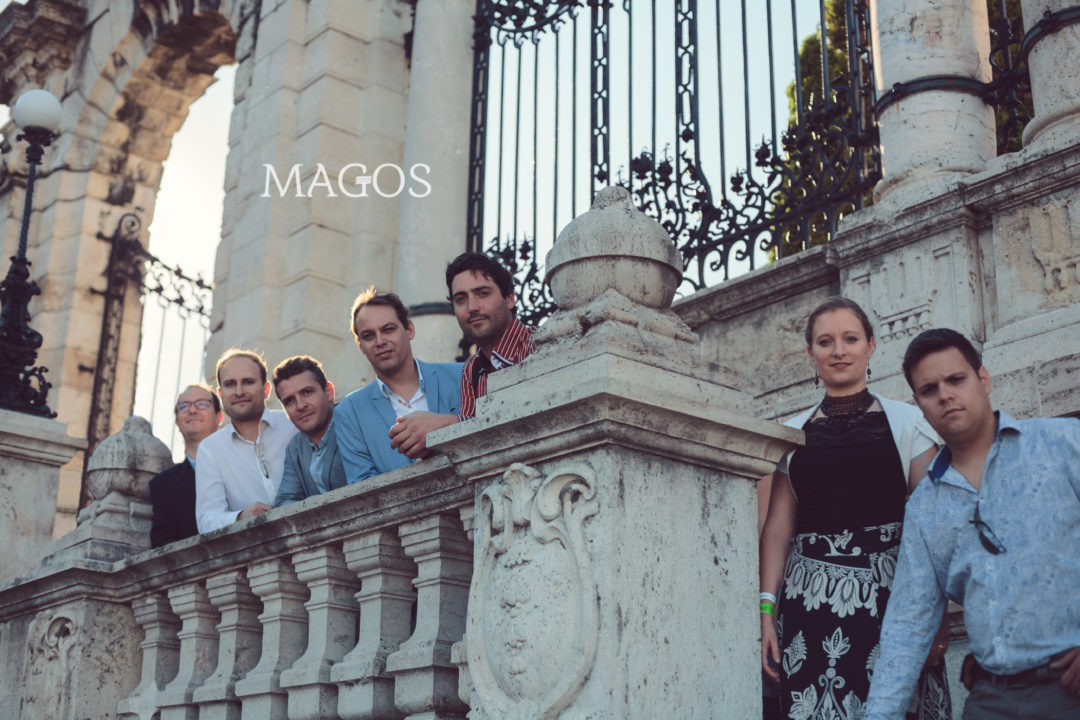 The Magos Folk Band from Budapest is a band playing authentic Hungarian folk music, first of all tunes from Transylvania (Kalotaszeg, Mezőség, Székelyföld) and present day Hungary (Szatmár, Dunántúl). It was founded in March 2008, the recent line-up, however, was formed in the summer of 2017.

Our aim is to study and convey the traditions of folk music while preserving the original tone. Some of us work as teachers at several music schools.
Authentically performed folk music compilations can be heard at our performances, where the influence of the musicians and singers living in the actual region/village can also be observed.
We often take part in field work in Transylvania, and aim at including the acquired musical experiences in our music, then acquaint the listeners with the traditions of the given region.
Apart from accompanying dance ensembles we regularly organize concerts and dance house events both inland and abroad.
In 2011 we won FolkBEATS – an authentic folk-and world music talent show. Thanks to this success we participated in a 5-week 26-concert North-American tour in 2012, where we held concerts and dance houses for Hungarian communities in the US and Canada. In 2014 we got into the semifinals of the famous talent show ’Felszállott a Páva’, where we had the opportunity to perform in television programmes. In 2017 we managed to obtain the ’Halmos Béla’ grant, which enabled us to make our CD titled ’Forgatós’(Authentic Hungarian Folk Music from the river Sajó area to Székelyföld).
Our compilation ’Magosan….’ was awarded the ’Nagy Páva’ label in a competition launched by the Hungarian Heritage House in 2018.
We consider Csiszár Aladár, the lead violinist from Magyarpéterlaka to be one of our greatest masters, thus no wonder that there is no Magos concert without music from Péterlaka.

During the recent years we have devoted our attention to understanding, acquisition and
stylistically appropriate interpretation of music related to diverse regions of Székelyföld, as well as the villages along the rivers Sajó and Maros. We have compiled several line-ups that present the unique beauty of folk music belonging to these rural areas.
We  take our audience on a journey starting from the river Sajó area through Székely-Mezőség and Felső-Maros area to Udvarhelyszék and the area of the river Nyárád hoping that by the end of this ’roaming’ everybody will feel like dancing a ’Forgatós’.