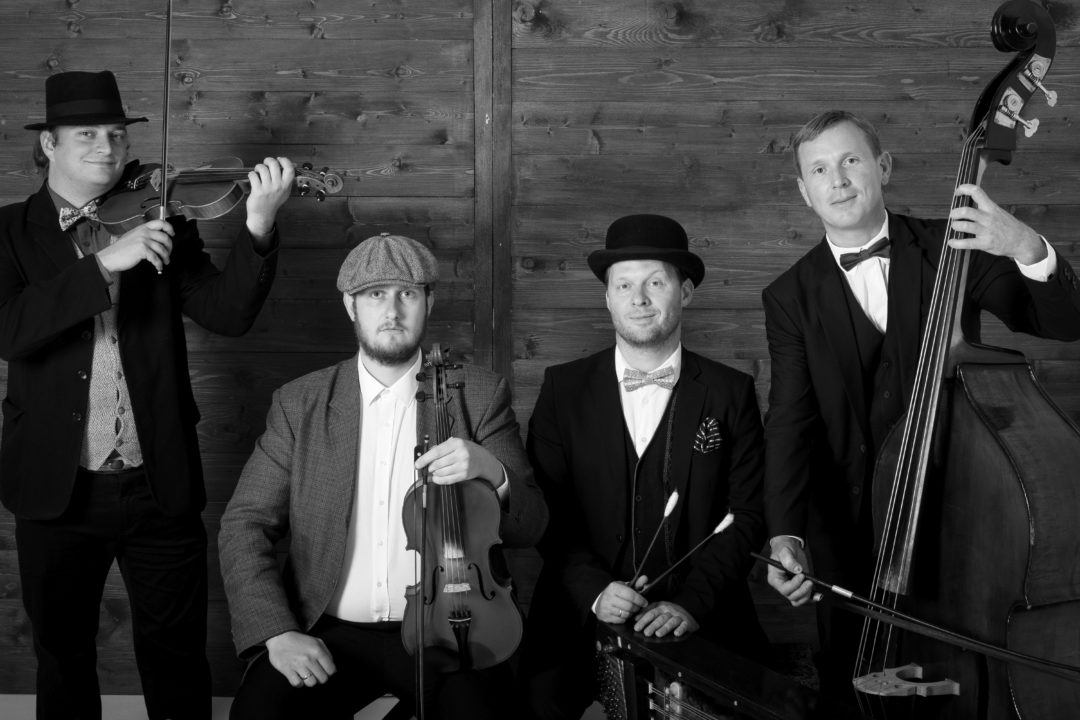 The word parapács means nifty, down-to-earth, well spoken fellow in Transylvanian dialects. The musicians we grew up listening to were all such nifty fellows, and they inspired us to start a band in 2007. When Gábor Dragony on first violin joined us in 2010 the Parapács recipe was ready, we made our base in Tornalja (Slovakia) and started to collect music in the surrounding Uplands and in Transylvania, where we could learn the craft of honed village musicians. We won „Peacock”(Fölszállott a Páva) talent show in 2012 in the category folk ensemble, and released our first album Bëbocsātlak featuring authentic music from the Uplands in 2014. Bálint Tárkány-Kovács joined our ranks on the cimbalom in 2018. Playing with the National Philharmonic Orchestra conducted by Zoltán Kocsis at the “Only from a pure source” (Csak Tiszta Forrásból) concert in 2015 was one of the proudest moments of our career so far.