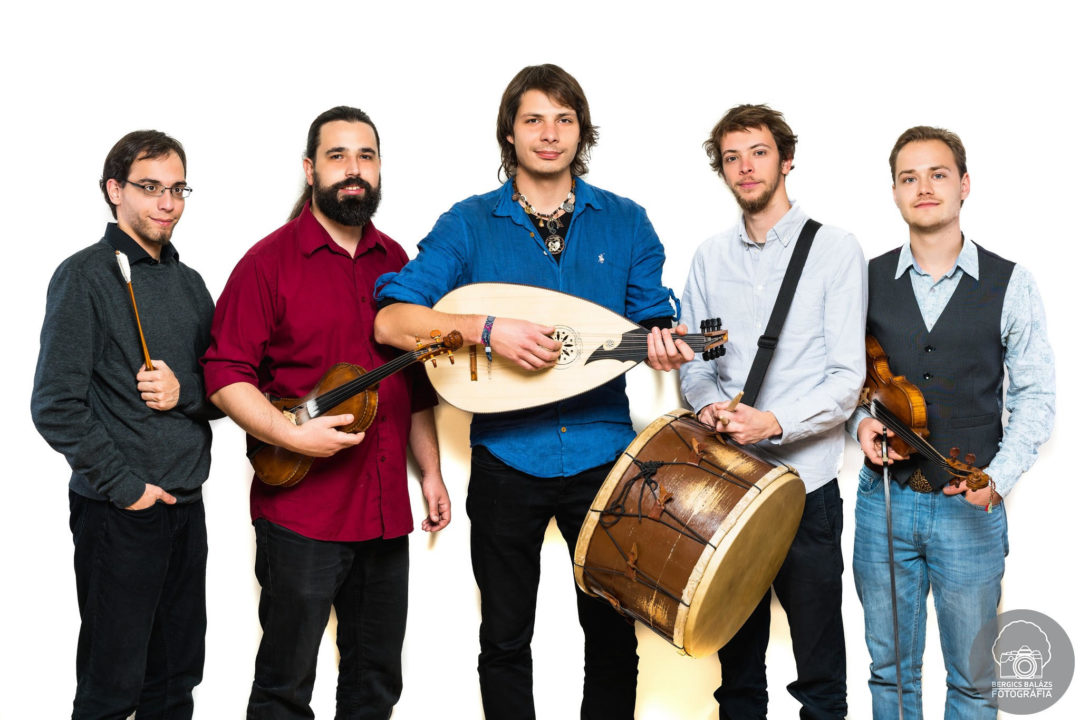 PásztorHóra: a secret encounter of lovers
PásztorHóra: urban Csángó folk band
Five young virtuosos adding a pinch of Moldavia to the big city rush: they are PásztorHóra!
Ever since its foundation in 2014, the band has played on more than one hundred stages, in four countries, for at least ten thousand people. The fun lasts overnight – no wonder, no one can resist their pounding rhythms and swirling tunes. They jump back and forth on the border of world- and folk music, modern ideas fuse with old and new traditions, making PásztorHóra light and natural, yet powerful. The archaic style of old countrymen becomes a modern, 21st century drift, making it fit to today’s stages, proving that folk music is in fact historic and contemporary at the very same time.
Released this year, their first album summarizes their past five years very well. Its title: Soha el nem felejtelek /’Never going to forget you’/. The album bears the footsteps of the band’s life, as its members spent years preparing for it. Interoperability among styles is a trademark of the band. From early music to jazz, from pop to metal, each member has excelled in several genres of music. Balkan dynamics and classic elegance appear in their music hand-to hand, all forged into musical unity by their love for folk music. With their versatile personalities and fascinating concerts, the boys create an exceptional atmosphere, they create magic. They cast a spell you can’t escape!

“Although the influence of tradition and the old masters is clearly present, this rhythm is so contemporary and natural in every aspect, that no other genre-specific traits really matter.” Rácz Mihály, Lángoló Gitárok blog /’Flaming Guitars’ Blog/ (langologitarok.blog.hu)

“One of the best Moldavian albums released these recent years. Never going to forget you. Indeed.” Fehér Viktor, Kerekes Band