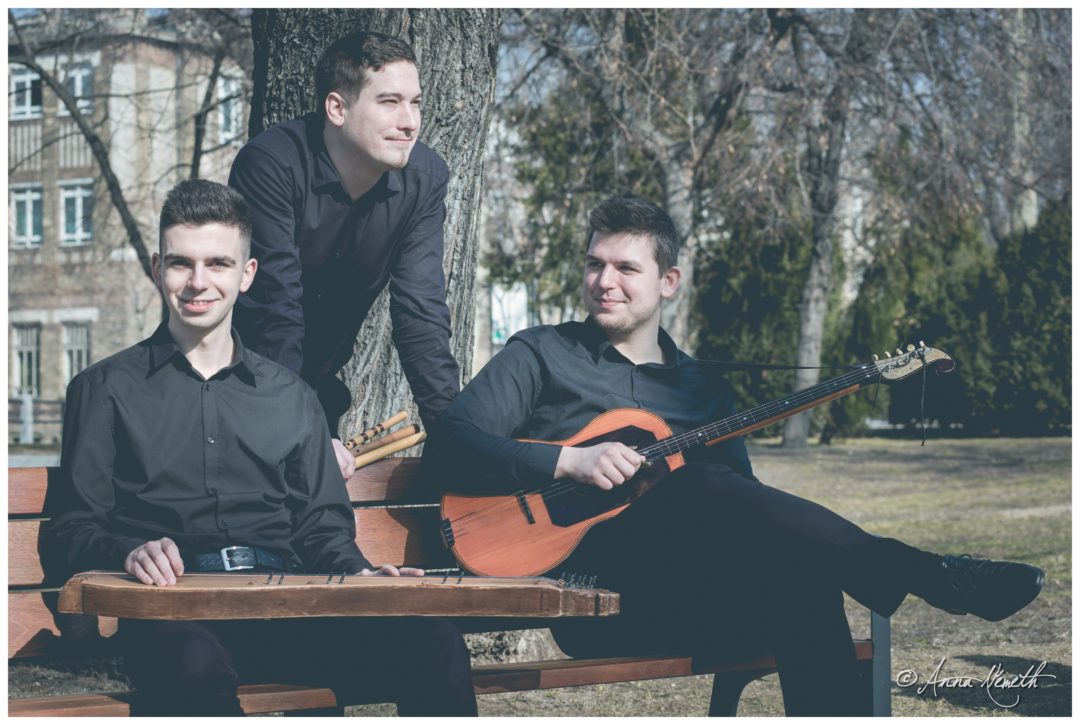 A unique voice, or rather, three on the Hungarian folk scene: Zeke Band consists of three male singers. Active since 2017, the group accompany their singing on various instruments: flute, citera, tambura. This allows for inspiring arrangements of folk music tunes and a wide repertoire ready to draw in audiences interested in folk music. Members Ákos Gubinecz, István Hegedűs and Bálint Horváth study at the Liszt Music Academy and are dedicated to inspire listeners and pass on the folk heritage. They have been performing at prestigious venues such as the Music Academy and MUPA – Palace of Arts, and at various cultural events.